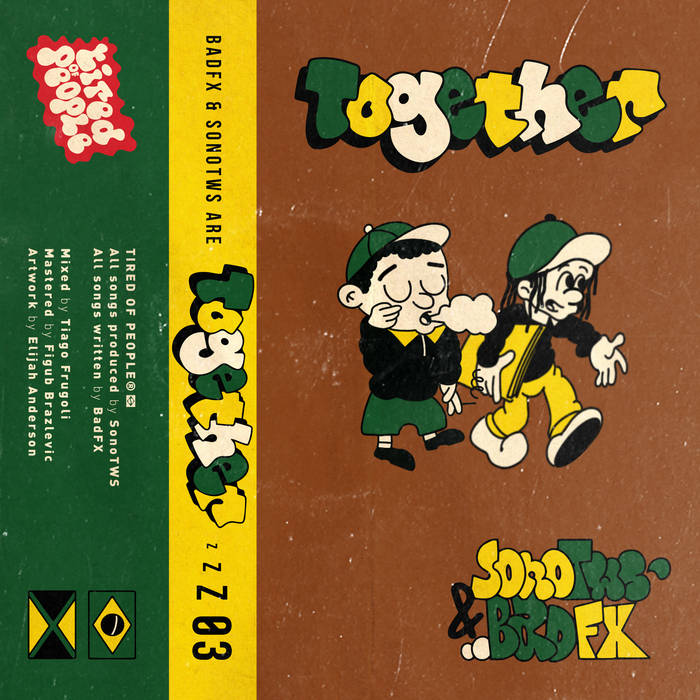 BadFX, Jamaican/London Emcee from the collective Omniverses hooked up with Brazilian producer extraordinaire SonoTWS to create this masterpiece which is probably his greatest lyrical contribution to hip hop thus far.

Together explores various subject matters in a deeper way than BadFX has ever put forward before such as love, crime, money, society, death as well as just displaying his usual explosive flow having fun with it all in a boastful way at the same time. The perfect rustic boom bap sound Sono brings complements it all with hard hitting drum patterns and airy, soulful samples.